From the launch of THG’s new speaker series to an overdue update to the state’s information technology strategic plan, 2018 saw a surge of activity in the area of transforming government. As we cap the year off, here’s a look back at major events, milestones and accomplishments. 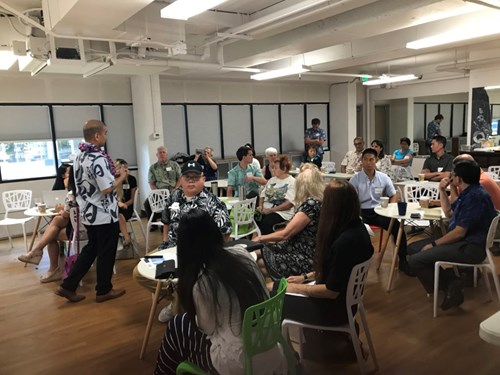 THG is grateful for support from Reps. Della Au Belatti and Mark Nakashima and Sens. Less Ihara, Michelle Kidani, and Jarrett Keohokalole who partnered in the presentation of the events. Going into 2019, THG plans to raise the speaker series to the next level by hosting more panel discussions that move the discussion forward. Watch for invitations to future events. For more information on these events, including Facebook Live video of most presentations, visit http://transformhawaiigov.org/events/. 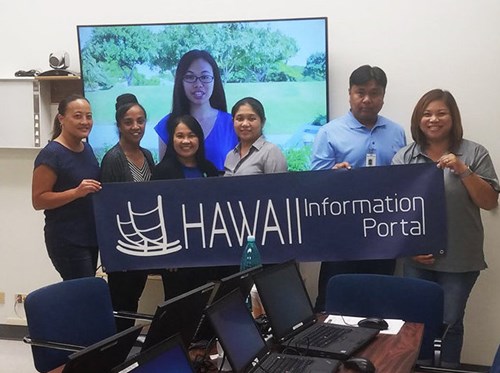 As one of the most ambitious state modernization projects currently underway, the payroll phase of the Enterprise Payroll and Time & Attendance Modernization project will provide greater functionality and efficiencies in serving more than 75,000 full- and part-time employees statewide. For over four decades, state employees relied on a time- and paper-intensive payroll process on a legacy mainframe system. It’s intended to be a more a stable, accurate and efficient system with modern functionality like true direct-deposit and employee self-service allowing online viewing of pay statements.

Two of the project’s three planned “rollouts” have been completed, transitioning to an Oracle PeopleSoft platform, and including approximately 21,300 employees of the Legislature, Judiciary, Office of Hawaiian Affairs, and most executive branch departments. Third and largest rollout remains, consisting of employees of the Department of Education and the University of Hawaii.

Photo courtesy of Department of Tax

Another ambitious project, Tax System Modernization, may not have been grabbing headlines for most of 2018, but the project is proceeding steadily. At the end of March, the Hawaii Department of Taxation transitioned business tax filing from the state’s legacy site to the new tax-filing portal, Hawaii Tax Online.

Over the course of five rollouts, each making new functions available, the majority of tax services have been migrated to the new portal. “Rollout 3” was completed last summer and included services for Corporate Income, Franchise, Public Service Company and Withholding filers. This followed the previous two rollouts that included General Excise, Transient Accommodation and other types of taxes.

“Rollout 4” of the $60 million project launched in early November. Capabilities from the modernized system will allow the Department of Taxation to better serve individual filers including cash-only businesses as well as individuals offering vacation rentals.

The project will continue thanks to the 2018 Legislature’s approval of $16.5 million in capital improvement project funds to cover the completion of the functional requirements scheduled for next fiscal year (FY19) as well as the warranty period (FY20). Transform Hawaii Government supports this request to keep the momentum of the project moving on its current schedule for modern, effective and efficient state tax collection system is what Hawaii taxpayers expect and deserve.

The final phase of the project, Rollout 5 is anticipated to launch in July 2019 and applies to smaller tax categories. 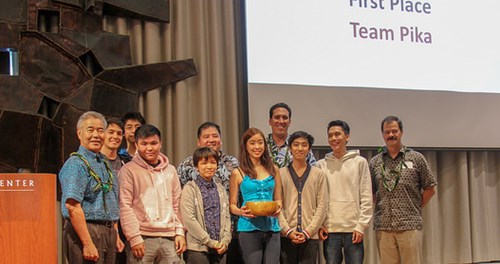 With more than 300 participants in its sophomore year, the HACC brought together Hawaii’s programming community, state departments and the local tech industry to solve real-world information challenges provided by participating agencies. The month-long competition fostered mentoring for burgeoning coders and created proof of concepts for an app used to navigate within UH Manoa, a grant data visualizer for OHA, and enabling natural language searchability and interpretation of Hawaii’s laws.

As a proud sponsor of the 2017 Hawaii Annual Code Challenge, THG congratulates CIO Todd Nacapuy and his community co-partner Hawaii Open Data, for putting on the successful and innovative event, which provided the tech-minded development community with the opportunity to test their skills at coming up with creative solutions to government challenges. The ‘HACC’ is an outstanding example of how the state can engage the community in a meaningful way to streamline, integrate and deliver state services to meet and exceed the expectations of the public and Hawaii’s businesses, while helping to build Hawaii’s IT workforce. Read about the third HACC, held this past fall, further below. 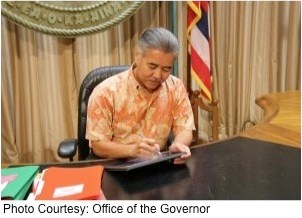 To-date, there have been over half a million electronic transactions. But more importantly than the total, adoption has increased to an average of 13,536 transactions per month (the record month was 29,142), and the average time to process documents for signature has improved to between 4 and 5 hours (it used to be days).

eSign Services continues to be a success story. By centralizing the Adobe contract, ETS reduced the state executive branch’s Adobe Acrobat Pro software expenditures by $1.5 million. In addition, the Adobe enterprise agreement not only powering the electronic service solution, but also promoting greater web accessibility by making the latest version of Adobe Acrobat available to state employees, and encouraging creative and collaborative work by making the Adobe Creative Cloud suite of applications available to personnel. For more information, visit the eSign Service program webpage at esign.hawaii.gov. 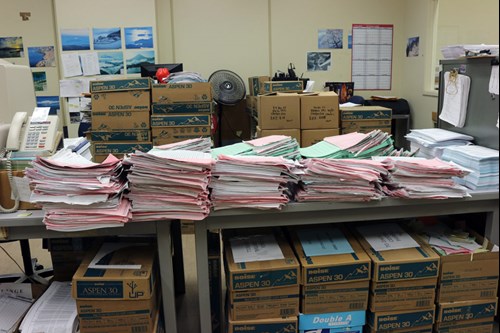 In July, state Office of Enterprise Technology Services further decreased paper use though a six-month paper-reduction pilot program involving nine state departments. The program succeeded in reducing paper use by 20 percent, which translates to a savings of one million sheets of printed paper.

One of Gov. David Ige’s first goals for his administration was to transform government into a more paperless and digital process. Three and a half years later, the governor applauded the state’s successful efforts to transform from a paper-dependent culture to a digital environment, which also improves public accessibility to government documents and increases transparency for our citizens.

According to ETS, one of the ways they reduced paper usage was transitioning departments into producing electronic reports instead of printing hard-copy documents. ETS projects additional benefits in coming years as more departments and agencies reduce or entirely eliminate printed paper reports by moving to digital documents. In three years, ETS even projects a savings of $500,000 and 10 million sheets of printed paper.

THG was proud to support a bright spot in the endeavor of IT workforce development called One Shared Future, which envisions a community where all children, families, and individuals are 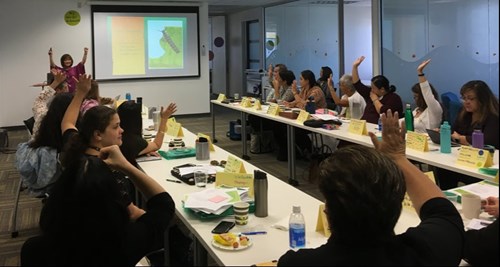 OneShared Future’s cohort during a session.

supported to reach their fullest potential, so that we all may thrive. The program invests directly in the professional development of public sector professionals who are working to make a positive impact on Hawaii’s communities.

Both cohorts culminated the Appreciating Change experience with “Springboard to Action” presentations in which participants shared the projects they developed though the series and that often address “seemingly intractable” issues in real time. Two Springboard projects were implemented before their commencement while others continue to develop through cross-agency collaborations. 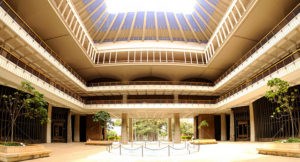 In February, an executive order signed by Gov. David Ige directed all State of Hawaii government agencies to contract for internet-related service only with providers who contractually agree to abide by net neutrality principals.

Net neutrality protects and promotes a fast, fair and open internet. It keeps internet service providers from discriminating between content or users. The Federal Communications Commission (FCC) may have ended net neutrality rules on Dec. 13, 2017, but that has not stopped multiple states, including Hawaii, from working to manage the effects on local levels.

Update to state IT strategic plan 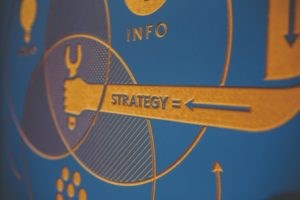 In 2012, the State of Hawaii unveiled a proposal to modernize its information technology systems and processes. This IT transformation plan promised “a future state that includes faster, better, and easier access to government information and services.” Although not formally adopted, several components of the plan have progressed under the last two administrations.

THG applauded the 2018 Legislature for passing HCR 94 to request an updated “State Information Technology Strategic Plan,” which is now being developed with input from the Ige administration, state IT Steering Committee, and a public-private work group. The updated plan will outline the big-picture vision, goals and objectives to help enable the state’s departments to work together in a coordinated fashion, to truly leverage economies of scale — like few entities other than governments are able to do — and finally to establish an official data strategy.